The Tomb Of Lord Of Sipán, Peru 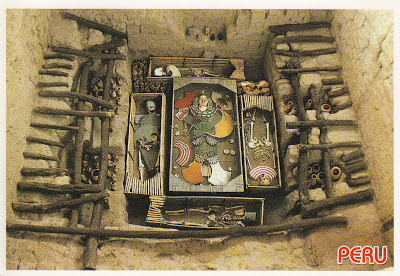 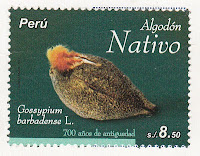 The Lord of Sipán tomb is a Moche culture site in Peru, found intact and untouched by thieves. It is located in the northern part of Peru close to the coast, 35 km east of town of Chiclayo.
Because of his high rank, the ruler was buried with six people; three women (possibly his wife & concubines but they had died some time prior to him), two males (probably warriors) and a child. On the roof of the burial chamber was a third guard with a male sitting in a niche overlooking the burial chamber. Among the animals found were a dog and two llamas.


It was really interesting to visit The Royal Tombs Museum of Sipán with the replica of the tomb and real jewelery, embroidered costumes, ceremonial clothes... :)