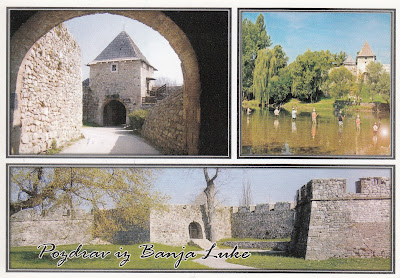 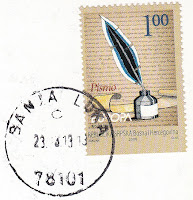 Banja Luka is the second largest city in Bosnia and Herzegovina and the administrative capital and largest city of the Republika Srpska entity. The postcard shows an old fort "Kastel" (Latin: Castra) in the centre of the city; it is one of the oldest buildings in the country, whose origins are not certain but but it is believed that it was built in the 3rd century by the Romans. 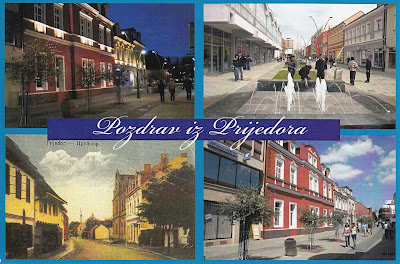 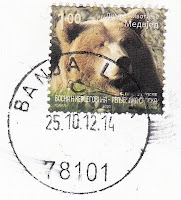 The town of Prijedor, within the municipality of Prijedor, is located in the north-western part of Bosnia and Herzegovina, on the banks of the Sana and Gomjenica rivers, and at the south-western hills of the Kozara mountain. Prijedor is the 3rd, largest municipality in the Republika Srpska entity, after Banja Luka and Bijeljina and the 7th largest in Bosnia and Herzegovina.
It always reminds me of a penpal that I had during Yugoslavian times.
Hvala puno Jasmine, posebni dodaci kolekciji! :))