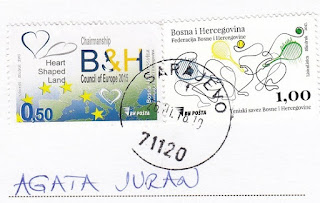 The Mehmed Paša Sokolović Bridge of Višegrad across the Drina River in the east of Bosnia and Herzegovina was built at the end of the 16th century by the court architect Mimar Koca Sinan on the orders of Grand Vizier Mehmed Paša Sokolović. The bridge has 11 masonry arches with spans of 11 m to 15 m, and an access ramp at right angles with four arches on the left bank of the river. The 179.5 m long bridge is a representative masterpiece of Sinan, one of the greatest architects and engineers of the classical Ottoman period and a contemporary of the Italian Renaissance, with which his work may be compared. The unique elegance of proportion and monumental nobility of the whole site bear witness to the greatness of this style of architecture.

In former Yugoslavian countries this bridge is also well-known through the historical novel The Bridge on the Drina by the later Nobel Prize winner Ivo Andrić; the story spans about four centuries and covers the Ottoman and Austro-Hungarian occupations of the region, with a particular emphasis on the lives, destinies and relations of the local inhabitants, especially Serbs and Bosnian Muslims (Bosniaks).