The Five Star Flag Of Georgia 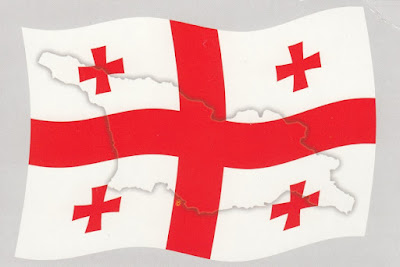 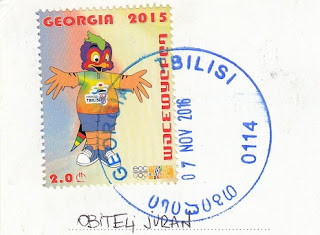 As you can imagine, the Caucasus area had a turbulent history, and its countries used different flags over time. The current Georgia's flag has been used since 2004; the five crosses are sometimes interpreted as representing either the Five Holy Wounds, or alternatively Christ and the Four Evangelists. It is only slightly altered version of the First Flag of the Kingdom of Georgia (1008–1490).

As I have sent most cards during my last day in Georgia, which was the 22nd of October, it is curious to see they have been sent two weeks later. Well, they arrived safe and sound :)
Posted by agi at 22:44