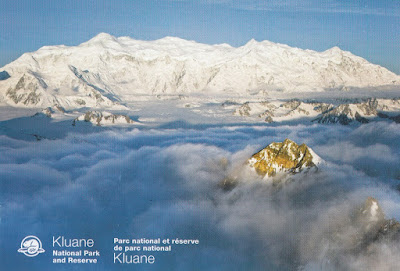 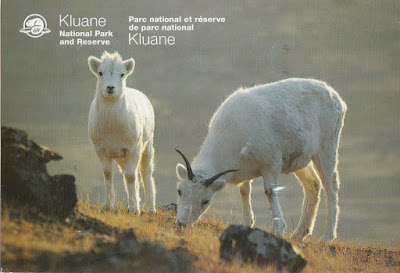 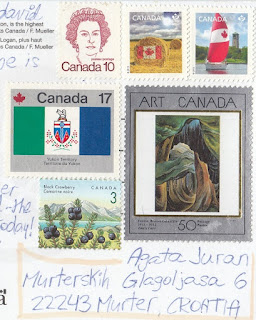 Kluane National Park and Reserve is part of one of those 'complicated' whs sites, namely Kluane/Wrangell-St. Elias/Glacier Bay/Tatshenshini-Alsek which beside Kluane comprises three other national parks, which again as a whole boast an impressive complex of glaciers and high peaks on both sides of the border between Canada (Yukon Territory and British Columbia) and the United States (Alaska). The spectacular natural landscapes are home to many grizzly bears, caribou and Dall's sheep. The site contains the largest non-polar icefield in the world.

The first postcard shows Mount Logan, standing at 5595 metres, which makes it the highest mountain in Canada and 2nd highest in North America. On the second are the aforementioned Dall Sheep, also known as thinhorn sheep, native to northwestern North America. As always a great swap with Jason, thank you :)