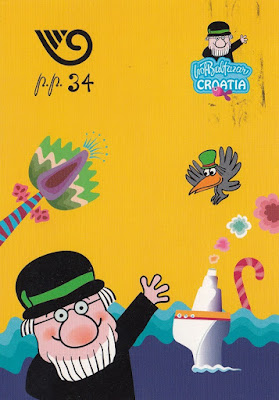 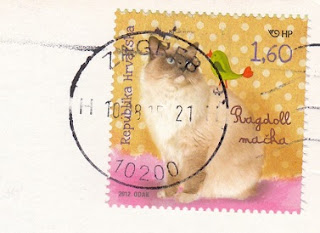 Let's start the New Year with greetings from the Croatian animated professor who made our childhoods more interesting :) A friend surprised me with this card, and for Xmas market in Zagreb they even placed a huge sculpture in the town centre. I think I have a photo somewhere :)

Professor Balthazar is a Croatian animated television series for children about an old inventor that was produced between 1967 and 1978. It was created by animator Zlatko Grgić. From 1971 to 1973, episodes were featured on the ABC-TV children's program Curiosity Shop. The cartoon inventor was the basis for the show's puppet character, Baron Balthazar, and the cartoons were shown as animated sequences of the Baron's tales of his adventures and inventions back in "downtown Bosnia".