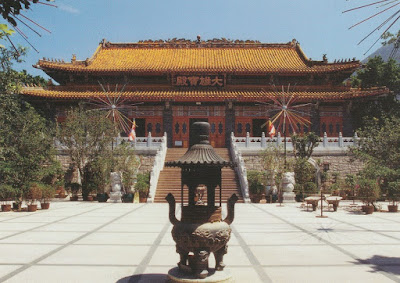 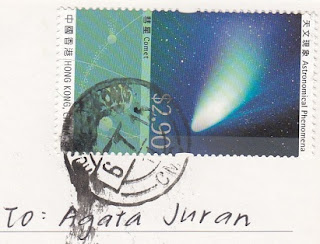 Po Lin Monastery is a Buddhist monastery located on Ngong Ping Plateau, on Lantau Island, Hong Kong. It was founded in 1906 by three monks visiting from Jiangsu Province on the Chinese mainland and was initially known simply as "The Big Hut"; the main temple houses three bronze statues of the Buddha – representing his past, present and future lives – as well as many Buddhist scriptures. Tian Tan Buddha, a giant Buddha statue completed in 1993 (also featured in the blog), is an extension of the monastery.
Thank you Phoebe, and for great comet stamp :)