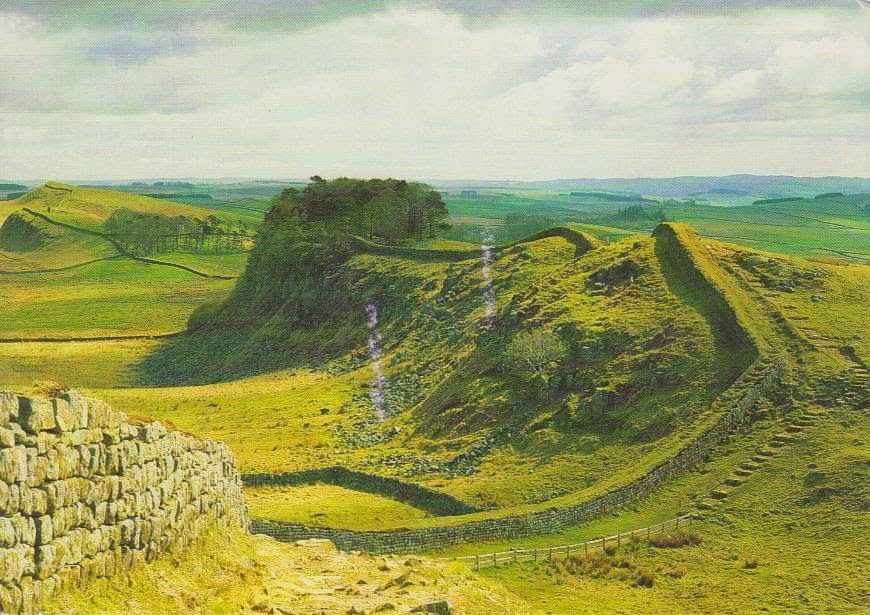 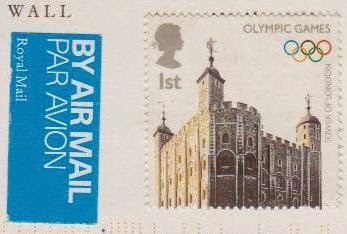 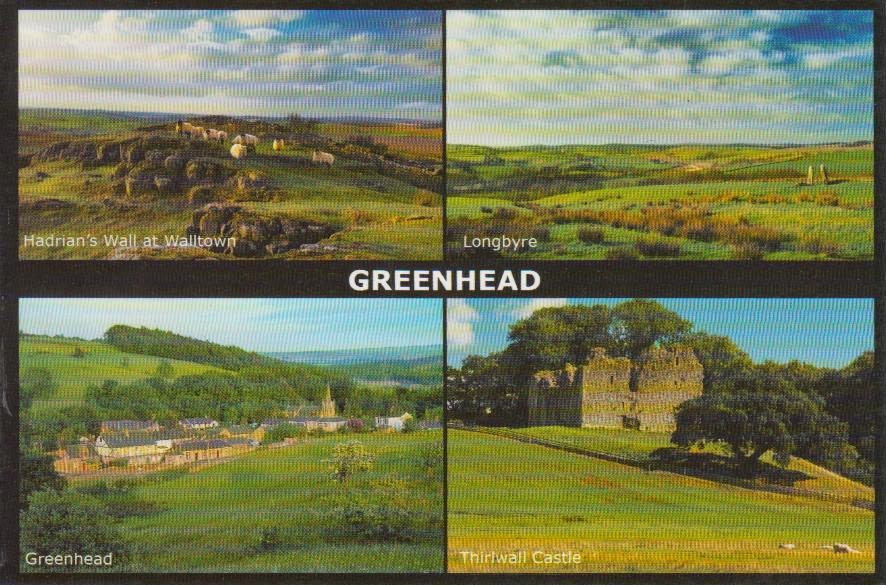 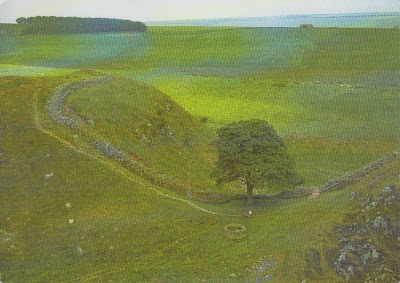 Hadrian's Wall was a defensive fortification in Roman Britain, begun in AD 122. It was 80 miles long, stretching from west to the east coast of Britain (Carlisle to Corbridge); during time much of the wall has disappeared, the building stone being used in road construction in the 18th century.

In the summer of 2009 we had four days to drive to the north and walk parts of the Hadrian's Wall Path :) I cannot describe the feeling, walking the green hills...there was, and is, something strangely homely about it. The weather served us well as we camped along the way, local people were very friendly and many cow and sheep saw us through lol Needless to say I'd love to go back and do the whole stretch..!
The place on the last photo is amazing - it is called Sycamore Gap and has become widely known for a movie scene - thats why its also called Robin Hood Tree :)