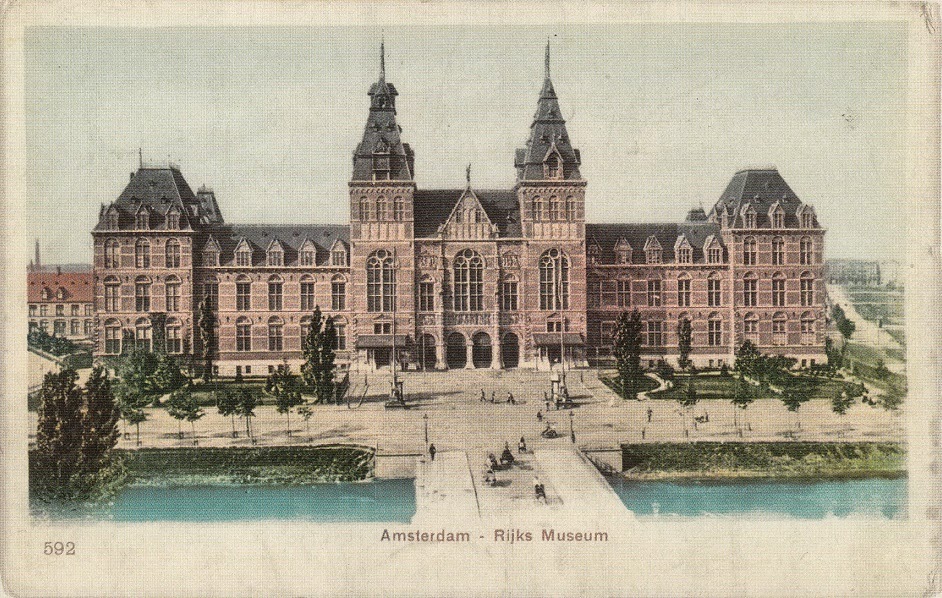 The Rijksmuseum  is a Netherlands national museum dedicated to arts and history, situated in Amsterdam. It was founded in The Hague in 1800 and moved to Amsterdam in 1808; the current main building was designed by Pierre Cuypers and first opened its doors in 1885 - on 13 April 2013, after a ten-year renovation which cost € 375 million, the main building was reopened by Queen Beatrix.
This postcard shows the north facade at the turn of the last century.
Posted by agi at 18:10