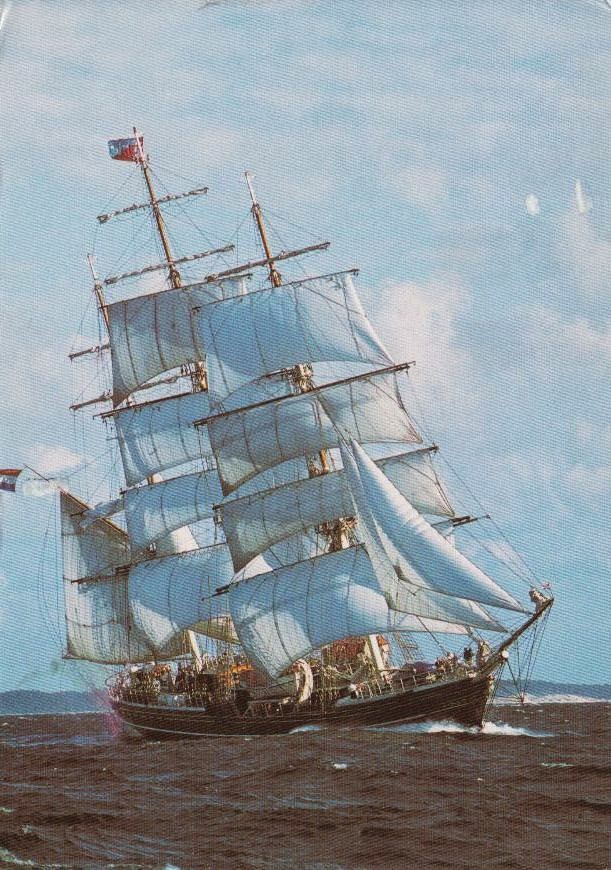 The Stad Amsterdam (City of Amsterdam) is a three-masted clipper that was built in Amsterdam, the Netherlands, in 2000 at the Damen Shipyard. It was modelled after the mid-19th century frigate Amsterdam, but she is not a replica - a major difference is that the hull is made of steel.
In September 2009 Stad Amsterdam was refitted to accommodate a televised research expedition, tracing the second voyage of HMS Beagle (1831–1836).The ship re-sailed the route of the Beagle in approximately 8 months while collecting information to allow comparison between Charles Darwin's Beagle observations and the current ones.
The show was aired by the Dutch public broadcaster VPRO as Beagle: In Darwin's wake.