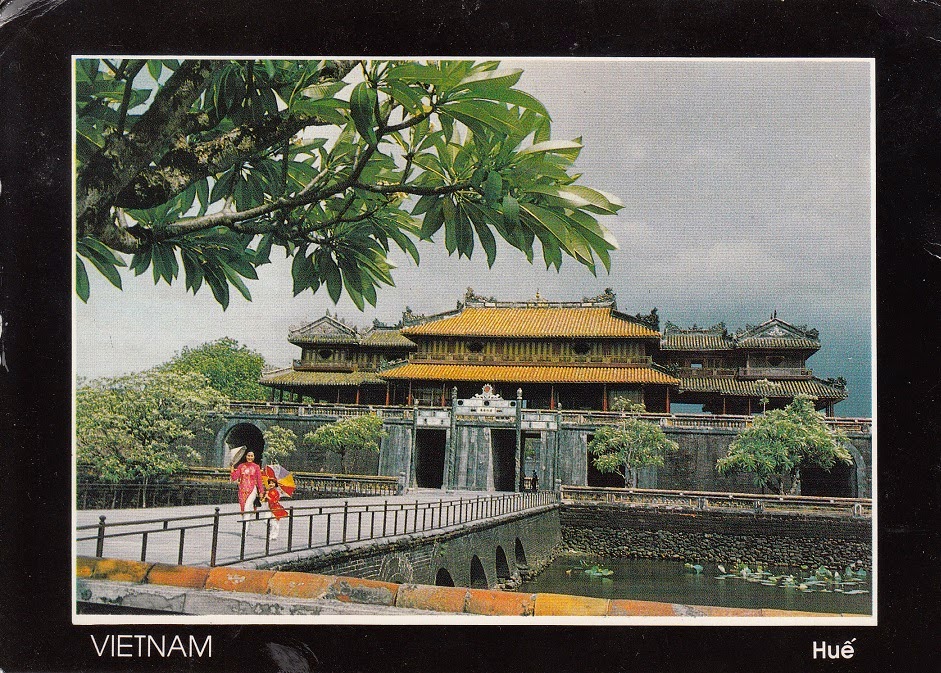 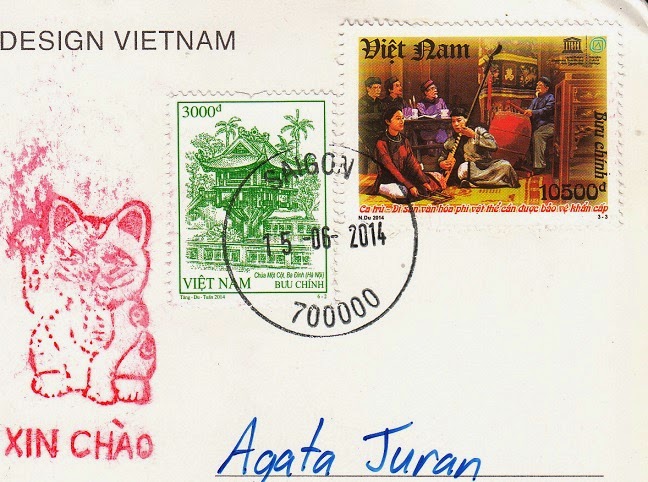 Huế is the capital city of Thừa Thiên–Huế Province, Vietnam - between 1802 and 1945, it was the imperial capital of the Nguyễn Dynasty and well known for its historic monuments from that period.
These is the Citadel gate leading to the Royal Palace or a forbidden city where only the emperors, concubines, and those close enough to them were granted access; the punishment for trespassing was death. Today, little of the forbidden city remains, though reconstruction efforts are in progress to maintain it as a historic tourist attraction.
Many thanks to Andrew and Elizabeth and their entertaining story complementing the picture :)
Edit: accidentally some time later I discovered that the stamp is also Unesco - from the  Intangible Cultural Heritage List, showing Ca trù (song with clappers), an ancient genre of chamber music featuring female vocalists, with origins in northern Vietnam.[1] For much of its history, it was associated with a geisha-like form of entertainment, which combined entertaining wealthy people as well as performing religious songs for the royal court.
Posted by agi at 20:29