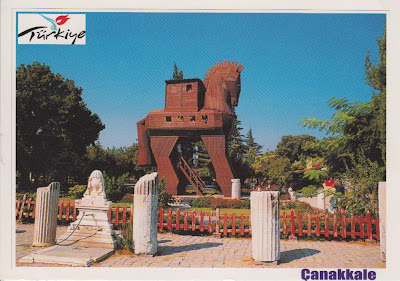 A replica, or rather a version of the famous Trojan Horse welcomes visitors at the entrance to Troy, one of the most famous archaeological sites in the world. Got this card thanks to a private swap with Ezgi/melodia_ :) 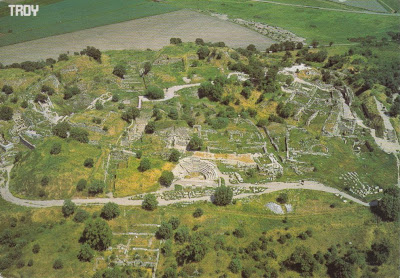 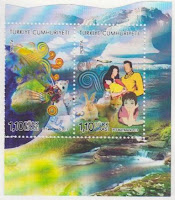 The extensive remains of 4000-years-old Troy are the most significant demonstration of the first contact between the civilizations of Anatolia and the Mediterranean world, and of great importance for understanding the development of European civilization at a critical stage in its early development. It is the siege of Troy by Spartan and Achaean warriors from Greece in the 13-12th cent. BC that was famously immortalised by Homer in The Iliad.
I have been looking for a broader aerial view of Troy for a long time, until this private swap with Onder who also used amazing stamps, thanks so much! :)