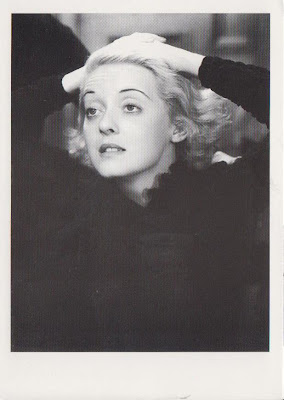 Even when I was a child Bette Davis (1908-1989) was one of my favourite actresses from the era of 'classic Hollywood'. Now I realise there are still so many of her movies than I haven't seen yet - something that needs to be rectified soon! She won two Academy Awards for Best Actress - in 1935 for Dangerous and 1938 for Jezebel, plus eight nominations.
Once you see her you understand this song better ;)