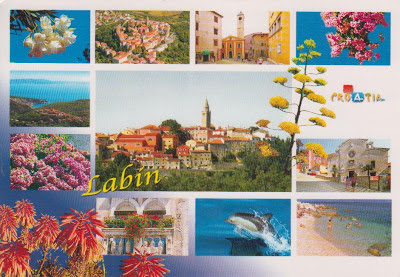 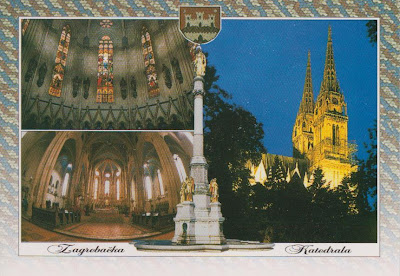 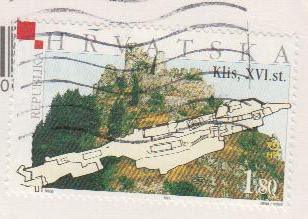 I have chosen these two postcards not for their theme but for this week's Sunday Stamps, which have Churches, castles, and fortifications as a topic. Croatian Post has issued sets of three under the name Towers and fortifications for six year in a row, being 2001-2006.
The first postcard shows a little Istrian town of Labin; the stamp is from the set issued in 2003, showing the Kostajnica Fortress  today also known as 'Zrinski castle', first mentioned in the 15th century.
The second postcard shows the Zagreb Cathedral, officially the tallest building in the country. The stamp is from the initial set issued in 2001, showing the Klis Fortress near Split - probably best known for its defense against the Ottoman invasion of Europe in the early 16th century.
Each stamp in the series shows an overall view of the fortress as well as its ground plan.
For other entries on the theme browse here: