Views Of Isle Of Man 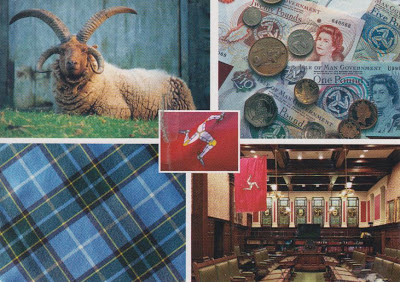 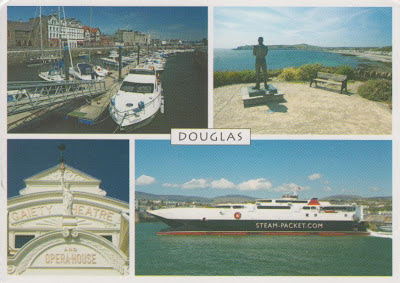 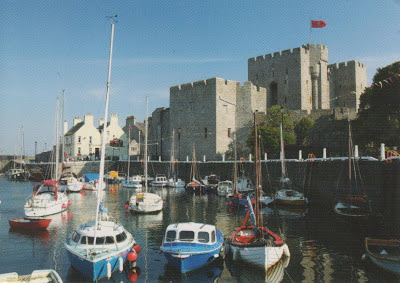 Work took my friend to Isle of Man and here you can see its symbols, as well as the capital Douglas and the medieval Castle Rushen in aptly called Castletown :)
The symbols, or as the back of the postcard says all that is Manx, are the Loaghtan Sheep, the official currency the Manx Pound (though Pound Sterling is also used), Manx tartan and the Manx Parliament, and in the middle the well-known flag in triskelion design showing three armoured legs with golden spurs upon a red background. It has been the official flag of Mann since 1931 and is based on the Manx coat of arms, which dates to the 13th century.
Thank you Ash, as always :))