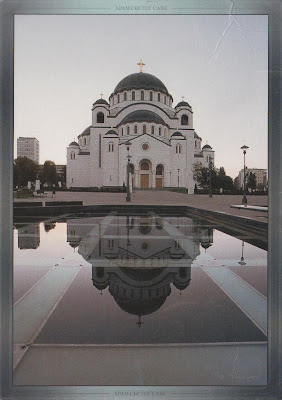 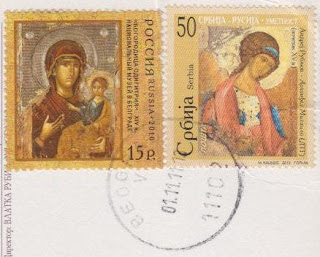 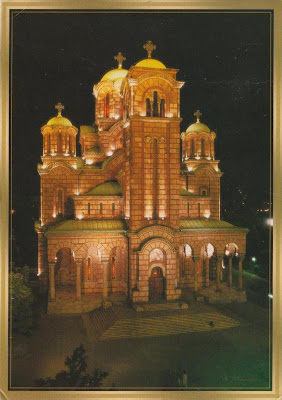 Today's Sunday Stamps' theme has inspired me to post these two fantastic postcards which I've sent from Belgrade - they are huge and have a beautiful design, the only problem was filling up the space for writing..!
The Temple of Saint Sava is a Serbian Orthodox church located in Vračar, Belgrade;  it is the largest Orthodox church in the world and ranks amongst the ten largest church buildings in the world. The church is dedicated to Saint Sava, the founder of the Serbian Orthodox Church and an important figure in medieval Serbia. The interior yet remains to be finished.
St. Mark's Church is located in the Belgrade's Tašmajdan park near the Parliament of Serbia.  It was built in the Serbian architectural style by the Krstić brothers, completed in 1940, on the site of a previous church dating to 1835. It is one of the largest churches in the country.
The stamps are co-issue with Russian Post - only needed to use one but I used both for the esthetic value :))
The date is cool too..!