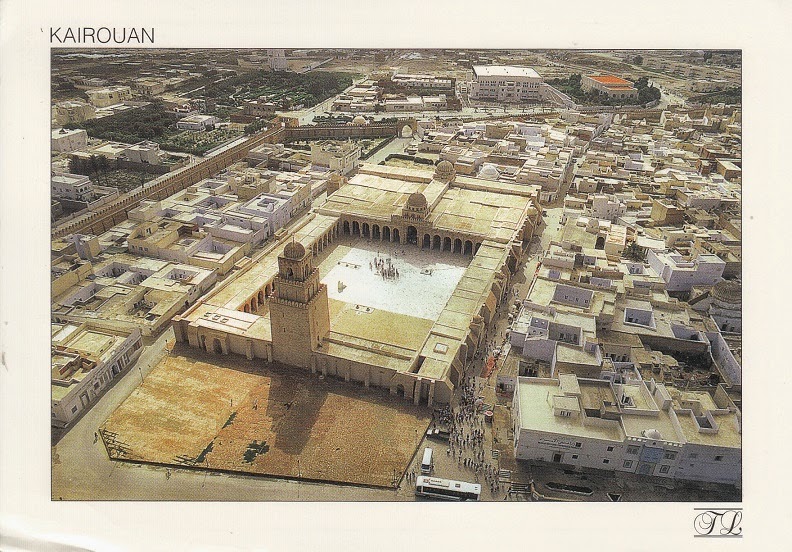 The Great Mosque of Kairouan is also known as the Mosque of Uqba and is one of the most important mosques in Tunisia - it was established by the Arab general Uqba ibn Nafi in 670 AD at the founding of the city of Kairouan, and is one of the oldest places of worship in the Islamic world, as well as a model for all later mosques in the Maghreb.
Kairouan flourished under the Aghlabid dynasty in the 9th century, and despite the transfer of the political capital to Tunis in the 12th century it remained the Maghreb's principal holy city.  It is an important centre for Islamic and Quranic learning, and thus attracting a large number of Muslims from various parts of the world, next only to Mecca and Medina.
Thank you Mehdi for this nice addition :))
Posted by agi at 16:47