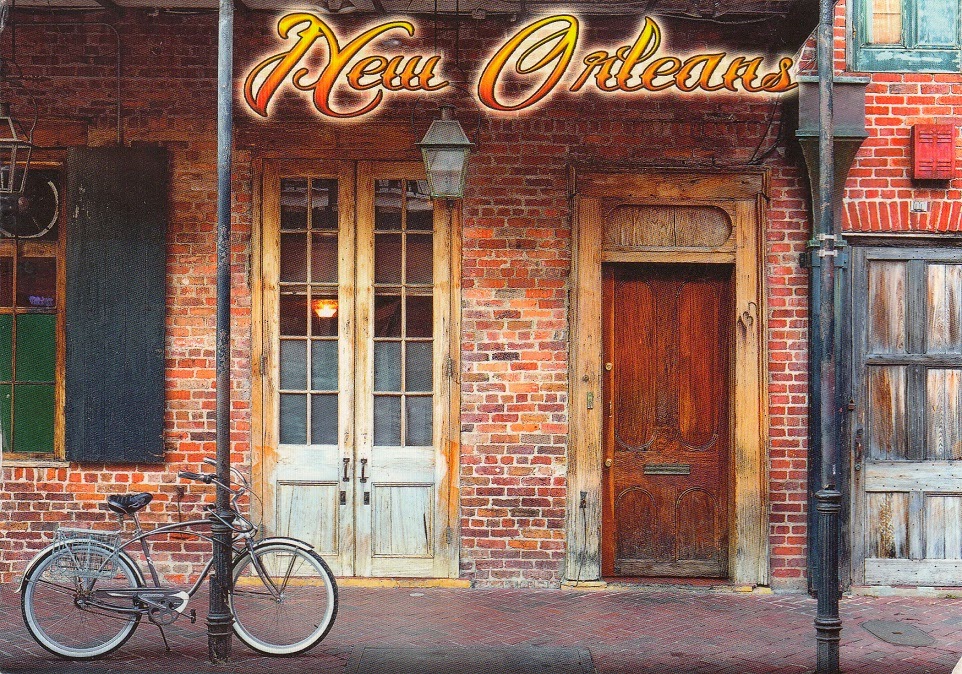 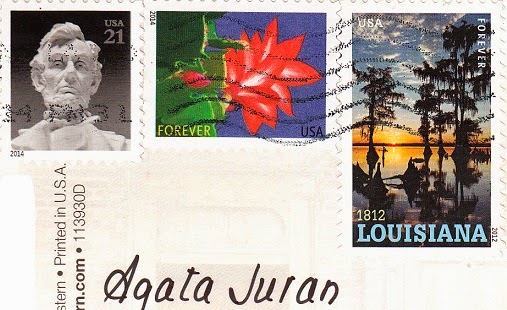 La Nouvelle-Orléans (New Orleans) was founded May 7, 1718, by the French Mississippi Company, under the direction of Jean-Baptiste Le Moyne de Bienville, on land inhabited by the Chitimacha. It was named for Philippe d'Orléans, Duke of Orléans, who was Regent of France at the time.  Nearly all of the surviving 18th-century architecture of the Vieux Carré (French Quarter) dates from this Spanish period - this is one view of that historic quarter along the Mississippi river. Wonderful isn't it?! And so thoughtful to put a Louisiana stamp to match the card.
USPS issued this stamp to salute the bicentennial of Louisiana statehood. The stamp image is based on a photograph of renowned environmental photographer and writer C.C. Lockwood of Baton Rouge and shows Flat Lake near Morgan City, LA. In the image, a setting sun casts the shadows of bald cypress trees hung with Spanish moss across the dark water. Flat Lake is in the Atchafalaya Basin, the largest contiguous river swamp in the United States. Its bayous are home to alligators, crawfish, snakes, turtles, nutria, owls and eagles.
This is a post for today's landscapes theme on Sunday Stamps. More to see following the link: