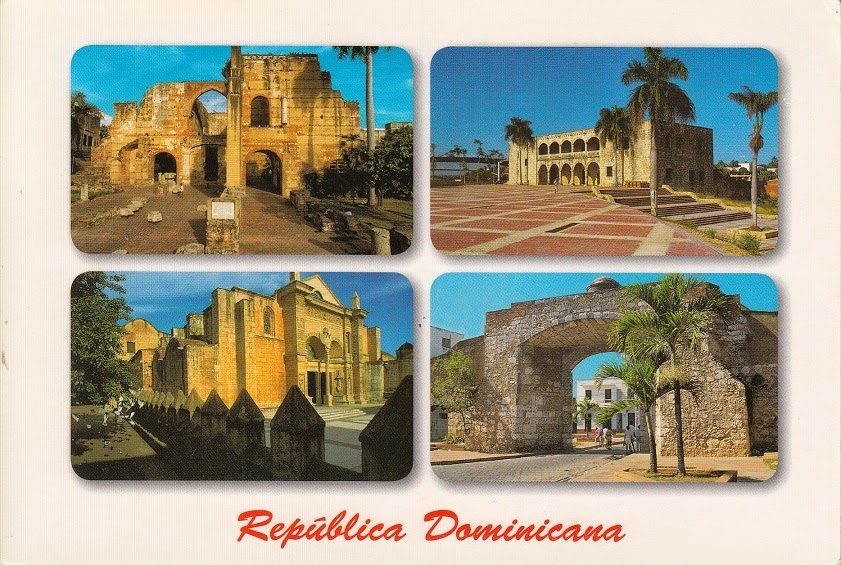 After Christopher Columbus's arrival on the island in 1492, Santo Domingo became the site of the first cathedral, hospital, customs house and university in the Americas. This colonial town, founded in 1498, was laid out on a grid pattern that became the model for almost all town planners in the New World.
In the ciudad colonial you can find as follows: ruins of the Hospital de San Nicolas de Bari; Alcazar de Colon (Viceregal residence) and plaza de Espana ; the Catedral Santa Maria la Menor; and a question mark heh. Many thanks to Idrialis for this swap, and lovely stamps :)
Posted by agi at 14:19