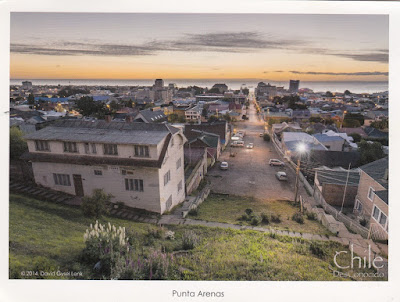 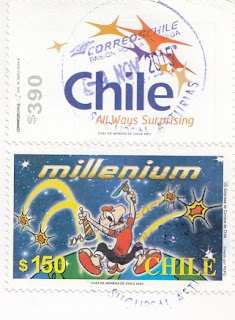 Here you can see the largest city south of the 46th parallel, Punta Arenas. It is the capital of Chile's southernmost region Magellanas and Antarctica Chileana, and one of only two free ports in the country. As the kind sender Ramon mentioned, there are also Croatian landmarks in the city, as many have migrated there between the two wars.

There is not only Chile on these stamps, but also a popular comic book character Condorito, read throughout the whole of the South America - I am not entirely sure where I first 'met' him, but I think it might have been Ecuador, although he was 'born and raised' in a fictional Chilean town of Pellotilehue (and he is as old as my mum :)). I even bought one of the comic books as a souvenir, hmm now I wonder where i put it...And this is the third and the last entry for this week's Sunday Stamps, letter C! I guess I either skip it or overdo it *grin*