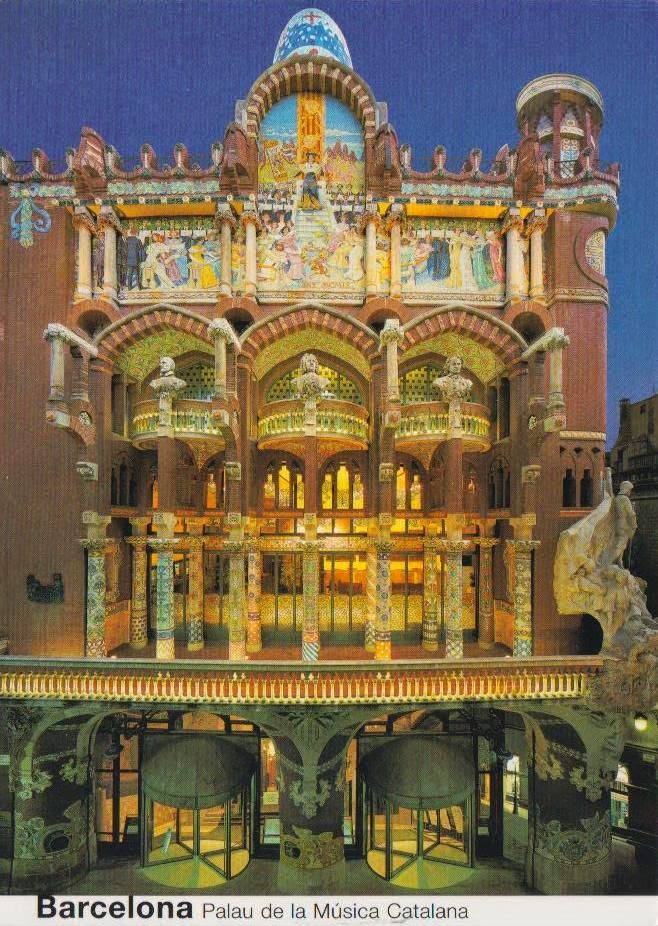 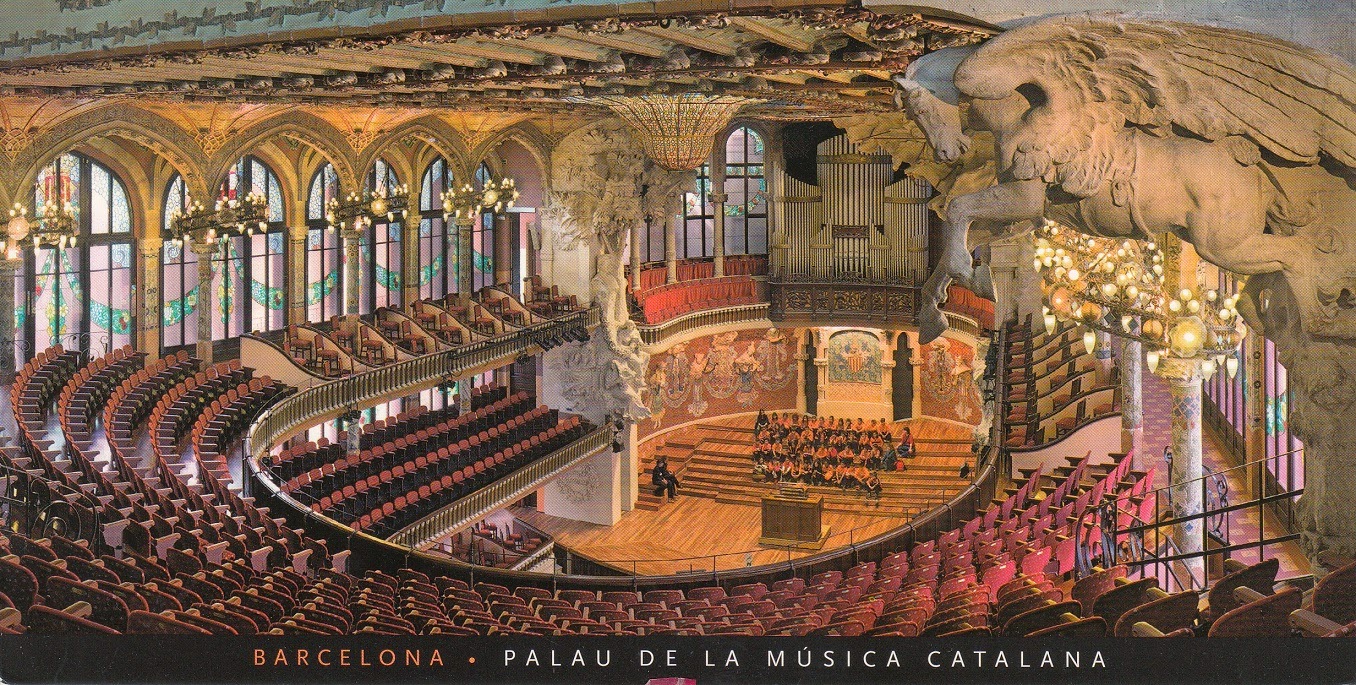 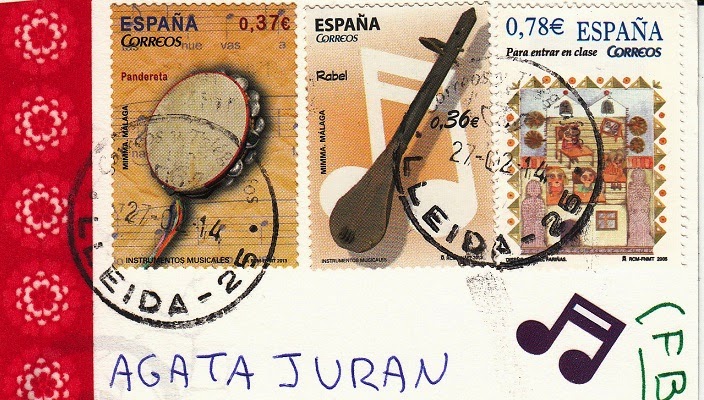 Palace of Catalan Music was designed in the Catalan modernista style by the architect Lluís Domènech i Montaner (his other notable work Hospital de Sant Pau makes the second part of this dual Unesco site).  It was built between 1905 and 1908 for the Orfeó Català, a choral society founded in 1891 that was a leading force in the Catalan cultural movement that came to be known as the Renaixença (Catalan Rebirth).
Not sure which one is more interesting and impressive, the intricate facade or the dynamic interior flow. In any case I have (or should I say 'we') managed to miss it on the school trip to Barcelona all those years ago. Such a shame!
This is also a post for this week's Sunday Stamps and the theme of music and musical instruments; the pandereta is one of 5 stamps issued in 2013 (percussion instruments), and rabel also one of 5 in string instruments issued in 2012. It seems that Spain has done a really good job presenting its instruments in the last few years!
Lots and lots of interesting and various stamps on the theme here: