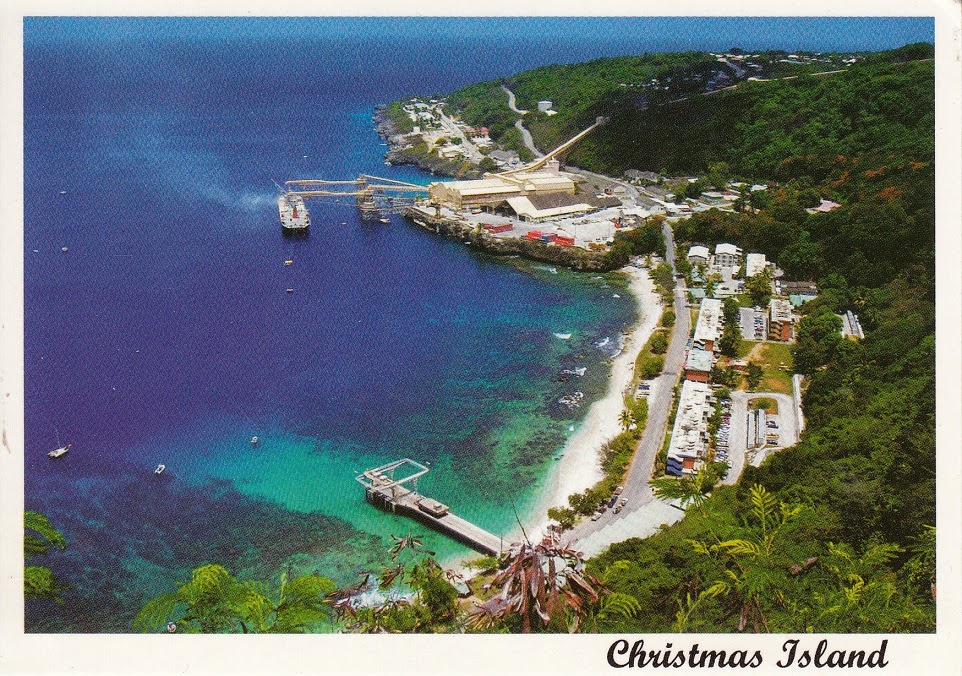 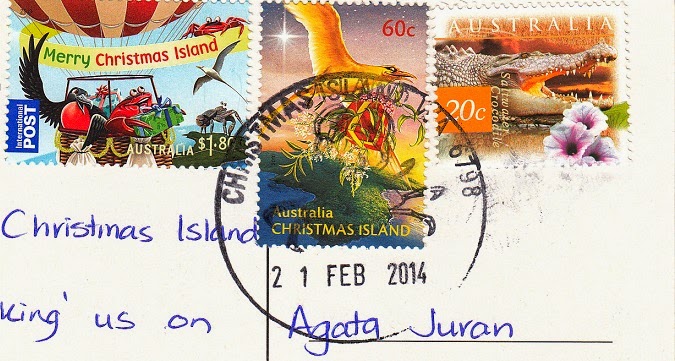 New territory in my collection, the beautiful Christmas Island, named so because it was discovered on Christmas Day (in 1643 by captain William Mynors of the Royal Mary. The island's geographic isolation and history of minimal human disturbance has led to a high level of endemism among its flora and fauna, which is of significant interest to scientists and naturalists. 63% of its 135 square kilometres (52 sq mi) is an Australian national park.
Flying Fish Cove is its the main settlement, established in 1888. About a third of the territory's total population of 1600 lives there. The Christmas Island Tourism agency was so kind to send me this postcard via Facebook, with great vibrant local stamps :) They are having a break from sending but promised to continue in the future.
Posted by agi at 22:48