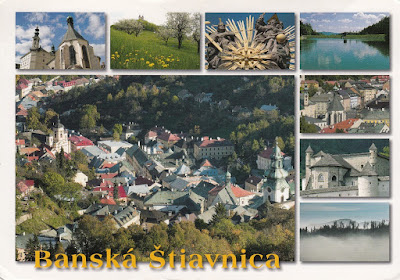 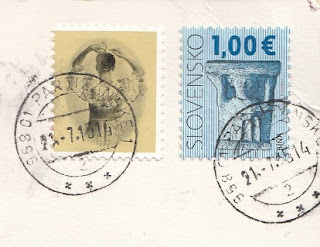 Over the centuries, the town of Banská Štiavnica was visited by many outstanding engineers and scientists who contributed to its fame. The old medieval mining centre grew into a town with Renaissance palaces, 16th-century churches, elegant squares and castles. The urban centre blends into the surrounding landscape, which contains vital relics of the mining and metallurgical activities of the past.
Many thanks to Vladka for this wonderfully huge card, who also wrote that the Slovaks say The Adriatic Sea is their sea - because in Slovakia more than half of people going on a holiday choose to come and visit Croatia. You are welcome :))

Now this is the 2nd idea for a short trip! Though a week would probably not be enough to explore the yet uncovered beauties of Slovakia, seeing Bratislava and the High Tatras would probably do enough for recovering my soul :) There isn't a direct transport link I believe, which makes it a bit of a bother, but Vienna is really close. Now lets do some research :)
Posted by agi at 11:29