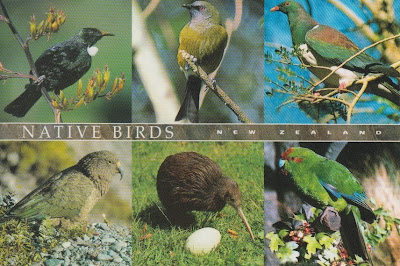 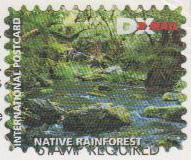 These beauties are as follows...Tui, one of the finest songsters in New Zealand; Bellbird, so named because of its bell-like call; Wood Pigeon, which once formed a staple item of early Maori food; Kea, well known by trampers for its comical antics and inquisitive nature; Kiwi, New Zealand's national bird seldom seen in daylight; and Red Crown Parakeet, normally found on offshore islands living in the native bush.
Thank you Kassie :)