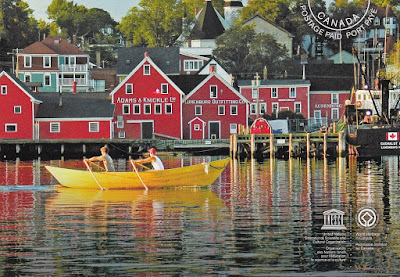 An official card from Canada, one of the prepaid UNESCO cards issued in 2015. Thank you Betty :)


Lunenburg is the best surviving example of a planned British colonial settlement in North America. Established in 1753, it has retained its original layout and overall appearance, based on a rectangular grid pattern drawn up in the home country. The inhabitants have managed to safeguard the city's identity throughout the centuries by preserving the wooden architecture of the houses, some of which date from the 18th century.