The Sultan Of Oman 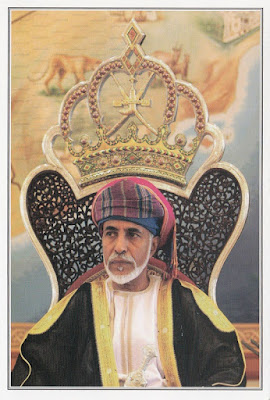 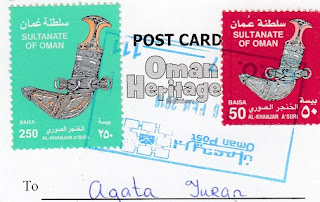 Qaboos bin Said Al Busaidi is the Sultan of Oman, who rose to power after overthrowing his father, Said bin Taimur, in a palace coup in 1970. He is the 14th-generation descendant of the founder of the Al Bu Sa'idi dynasty. He declared that the country would no longer be known as Muscat and Oman, but would change its name to "the Sultanate of Oman" in order to better reflect its political unity. Qaboos officially keeps Oman neutral, having contacts and normal relations with Iran while being an ally of western states like the United Kingdom and the United States.
Many thanks to Elena for this card :))
Posted by agi at 09:53