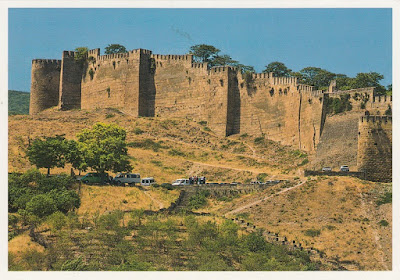 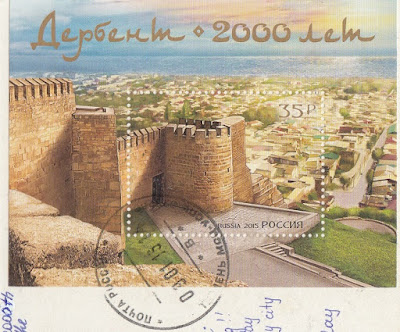 The Citadel, Ancient City and Fortress Buildings of Derbent were part of the northern lines of the Sasanian Persian Empire, which extended east and west of the Caspian Sea. The fortification was built in stone. It consisted of two parallel walls that formed a barrier from the seashore up to the mountain. The town of Derbent was built between these two walls, and has retained part of its medieval fabric. The site continued to be of great strategic importance until the 19th century.
This looks like a great place to visit, thank you Elvira for introducing it to me, and using this fantastic mini-sheet celebrating 2000 years of the foundation of the city!
Posted by agi at 19:04