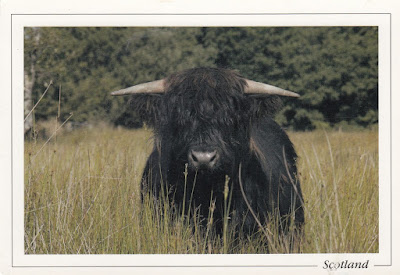 I have received about a dozen officials in the last few weeks, and this is one of my favourites - I didn't realise highland cattle were called 'black cattle' before as it was their predominant colour, now I mainly see the orangy ones and actually this is the first black one I have seen, or at least noticed. Such cool creatures! Thank you Morag :))