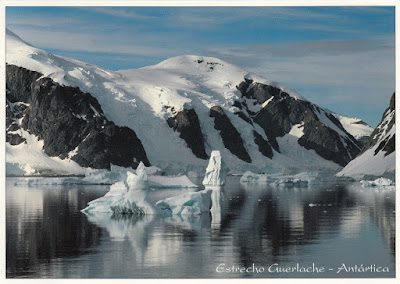 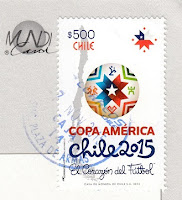 Just one more! As its still a bit chilly ;) The card is showing Antarctica but is sent from Chile, one of the two countries closest to Antarctica. This is a view from the Gerlache Strait which separates the Palmer Archipelago from the Antarctic Peninsula (the Danco Coast). The Belgian Antarctic Expedition, under Lt. Adrien de Gerlache, explored the strait in January and February 1898, hence the name.
Another great card from Alvaro, with Copa America stamp, thank you! :))