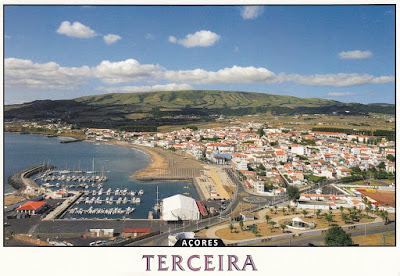 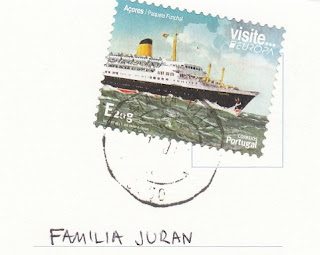 Praia da Vitória, translated as the Beach of the Victory, is a municipality in the Portuguese archipelago of the Azores. With a population of 21,035 (in 2011), it is the second largest administrative authority on the island of Terceira (after Angra do Heroísmo). Praia da Vitória is a services, fishing and agricultural municipality and boasts a large marina, popular with the yachting community, with the only sizeable sand beach on Terceira.

We left the 'home port' Southampton on the 3rd on a 50-night voyage across the Atlantic, to reach the Azores on the 7th - which meant 3 sea days in between. The crew on board just 'loves' sea days heh. Longest hours, hardly seeing any sun, and often the 'formal nights' when we had to dress up (or in my case done a dress, which is already a huge effort). Rockin' along the notorious Bay of Biscay also included at the beginning of any cruise heading west of Southampton. But! Considering the itinerary, and the opportunity to cross an ocean on a ship, everything is peachy :)

I believe we were planned to dock in Ponta Delgada, but due to bad weather plans needed to change. All the same to me at that stage, just wanted to get off and walk in one direction for longer than one minute! There were locals dressed in traditional clothes playing music and dancing for out benefit. I found some postcards & stamps but no mailbox - a very friendly lady in the shop offered to post mail for me :)