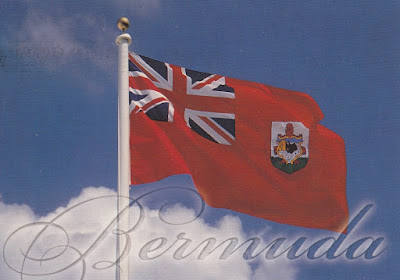 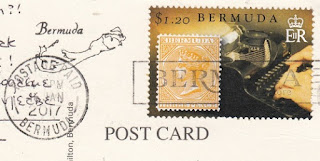 First stop at the other side of the Atlantic - Bermuda. It is kind of a home port too, as the ship is registered in Hamilton. At this point I still haven't figured out there is port info printed on two pages available at the reception to be picked up by passengers (and the crew, well at least I did later on). Therefore I had no idea the place we docked is actually the Royal Naval Dockyard, and one had to take a (pricey) ferry to get to other places. As it happens, the Dockyard is situated at the very NW tip of the horseshoe-shaped island that is Bermuda, whereas the WHS town of St. George adorns the very NE tip - could they be any further?

Based on the written 'evidence' I come to say 'Aha! We were there overnight.' Hmm totally forgot. Perhaps because at that point I still haven't obtained my Ocean Pay card, so the irony was: I got paid for December, but I had no access to the money. It took them a month and a half to sort it out for me :/ and it would have lasted even longer if my capable manager wasn't persistent and demanded the card being delivered to Barbados. Anyway. I was therefore using my national debit card and tried to be thrifty. Tried...I mean I'll probably visit most of these places only once, should I not try to enjoy it at least a little bit..?

So we arrived on the 12th, and I went outside for a drink and to find postcards on the 13th. The Dockyard is still quite interesting, with the distinctive architecture, a nice harbour and a line of shops and bars. I had a craft beer Somers Amber Ale by Dockyard Brewing Co. (for 'mere' 5.25), but a wi-fi connection was just a pipe dream - I was told 'wi-fi finished!'. I mean, what does that even mean? Finished for today? It was early afternoon. Finished because a rat nibbled on the cable? Hmm. Well it WAS Friday the 13th after all. To be even more aware of it, we had crew drills. The amazing, wonderful crew drills. One of the many things I am not missing :)
(And no, my memory is not partly fantastic - its all written on the postcard :))