A Wild Beach In Barbados 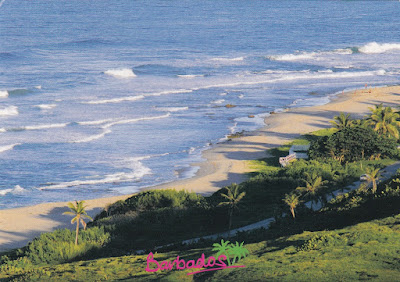 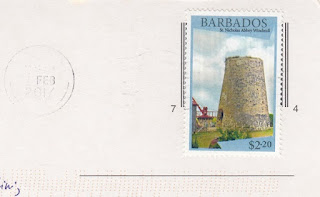 I have chosen this view of Barbados (and it was one of the few of better quality) because it partially reflects my experience of the day. I got a tour, yay! By now you can figure out it is every other port I am able to tour (at this stage of the contract). We visited the less crowded east coast, starting with the similarly 'wild' beach at Martins Bay. Refreshments were served at a nearby tavern, and you could sit in front of the beach at wooden tables. Afterwards, for a slightly different experience, we visited the Codington College grounds at St. John's. Last stop was a cliffy view near the Ragged Point Lighthouse. Once again thanks to googling I figure out some places :) After the tour I managed to take a short walk into Bridgetown, after all it is a WHS site :)

Prior to Barbados, we stopped on the 29th at Pointe-à-Pitre, Guadeloupe; it was Sunday and lots of places were closed, I should imagine it is way livelier on workdays, plus in the mornings/evenings rather than through midday. Found a friendly souvenir shop but no stamps.

On the 30th we were in St. Vincent and the Grenadines, and now I realise I had tours three ports in a row! I believe this to be so because everyone wanted to chill in Barbados esp as there is a 'special place' all ships crews hang out at, the one and only Boatyard. I was so not going there heh, so I got a tour instead. So yeah, the absolutely amazing St. Vincent and the Grenadines tour, which took almost a whole day, but oh so worth it! One of the best experiences during my ship episode, and certainly the best in the Caribbean. We were sailing around in a catamaran having drinks (khm, I did have to stick to only a few, while escorting and all) listening to 90s dance music, some people went snorkeling in one of the bays, we passed a few movie spots from the Pirates Of The Caribbean, then we had lunch on land, proceeded to the fantastic Baleine Waterfall under which many have taken a 'shower'. On top of it all, I have managed to take some passenger photos - I mean everyone was in a good mood :))
In the end there wasn't enough time for me to go to Kingstown for any souvenir browsing. Oh well!
Worth it!