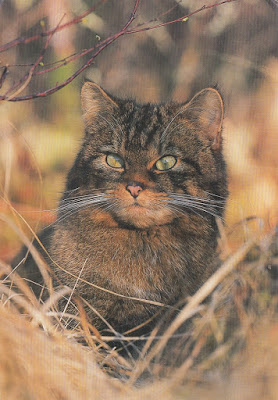 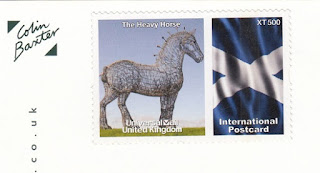 'Britain's population of this very rare native carnivore found mainly in the Scottish Highlands, is only around 100. Inter-breeding with the large population of feral domestic cats poses a serious threat to the future purity of the species and its survival'

Beautiful creature isn't it? As sad as it is that the purity of the species is in peril, I'd be happy to know all cats, feral and domestic, pure or mixed breed, are appreciated and well taken care of. There used to be the time when you knew February is the month for cats to mate, but now they mate all year round, and many feral cats have kittens basically non-stop, like some sort of breeding machines :( Sadly in my surroundings (and generally in more 'southern' cultures) it is still acceptable not to spay cats despite this problem...Will people as a race ever improve in this regard, I wonder.