Laid Back In República Dominicana 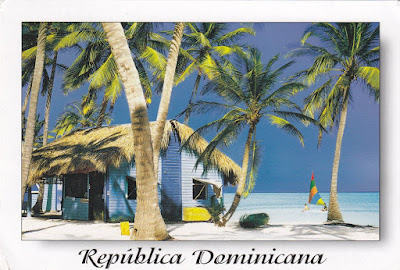 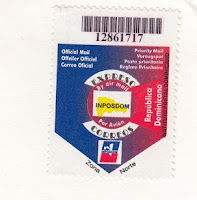 And now for something different! I got a tour for the Dominican Republic, which is just as well because the port of Amber Cove is very much tourist-orientated (read: expensive. and western.) and I've dodged another port-only experience. The tour was mainly historical - first we visited a small town of Luperón for some church time, and then continued to the site of the former colony of  La Isabela - one of the first European settlements in the Americas, established by Christopher Columbus during his second voyage in December of 1493.
Later on we enjoyed some local food at a wonderfully positioned restaurant Rancho Las Paredes.


In Amber Cove I had the opportunity to laze around a pool and bar, at least thats what some folks were talking about...As I am not into that lifestyle, I just snooped around some souvenir shops trying to find postcards. And there was a nice range of them, and stamps available, so I grabbed quite a few! Alas when I was told one stamp is $2 I had to re-think it...The thing is, I have a list of friends at home I send postcards to, and if I send it to one of them, I have to send to all of them..! So its 'all or nothing' type of situation; decided to send from Barbados, if (hopefully) possible.
Moving on to Guadeloupe...