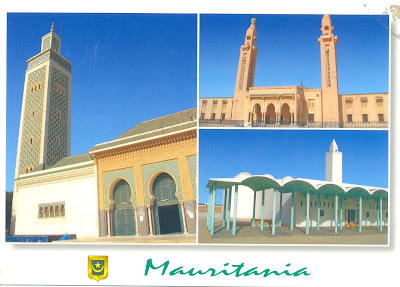 Travelling thru Mauritania was quick and one stop was the capital Nouakchott, where my friend was lucky to find this postcard :) unfortunatelly the post office seemed permanently closed so it travelled from the next stop: Senegal. 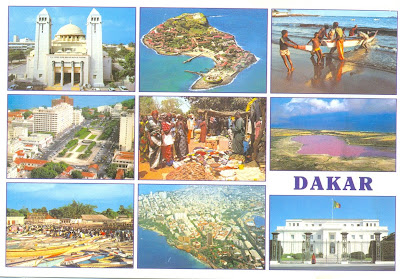 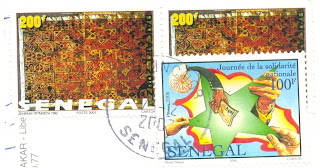 Dakar, capital of Senegal, is its largest city situated on the Cap-Vert peninsula; the population of its metropolitan area is estimated at 2.45 million people. In the top-middle photo you can see Ile de Goree, once famous as a destination for Atlantic slave traders (now a whs unesco site).
Beaches are lovely in Senegal's southmost region Casamance, and the climate is more tropic than in the rest of the country - many tourists there to prove it :)
These have been posted on 7th of December 2007.