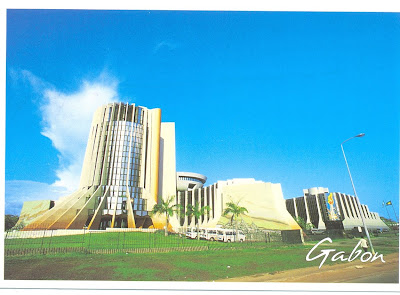 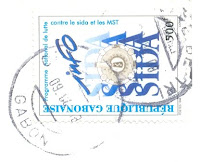 Gabon looks like a looovely country! Libreville was reached after an 'epic 35-hour journey' and proved to be a pleasant city. It was founded by slaves who were carried on a brazilian ship for sale but were freed by the French Army - hence the name. 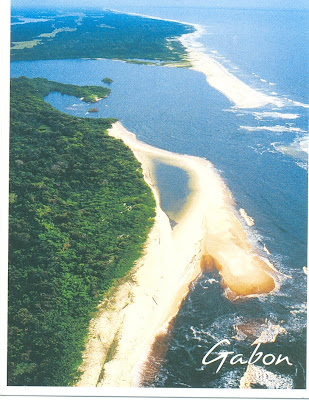 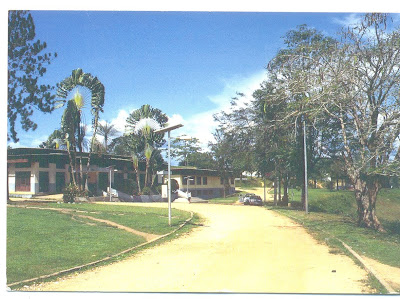 The middle postcard is a riddle...But the last one shows the Albert Schweitzer Hospital in Lambarene - it was founded almost a century ago to study major causes of disease burden in the local population, only to become a leading African research centre. And as it turns out this is one of the seven Gabonaise sites waiting on Unesco's tentative list :) 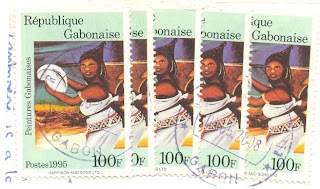 Unfortunatelly I wasn't very successful in finding out who these stamps show but they are cool aren't they? It would have helped if I understood french...! This postcard was sent on the 9th of May, 2008.