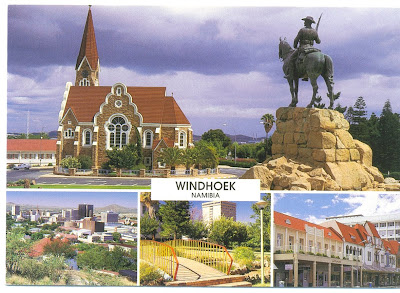 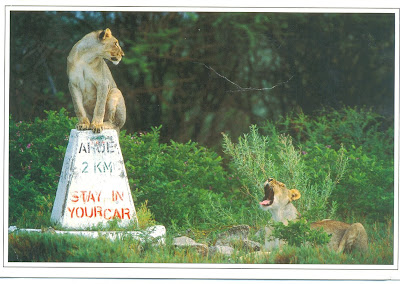 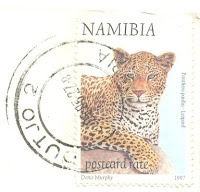 Accross the uncertainties of the Congos and Angola to the tranquil Namibia...

Windhoek is the capital and largest city of the Republic of Namibia, located at its centre in the  Khomas Highland plateau area, at around 1,700 metres above sea level. The population of Windhoek in 2011 was 322,500 and grows continually due to an influx from all over Namibia. 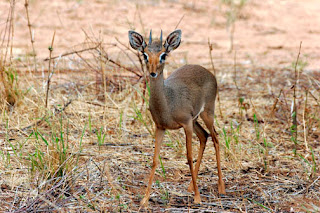 Love the postcard with lionesses! And such a cool story to accompany it - in the Etosha national park many animals were seen during camping; your typical african bunch of lions, elephants, zebra, oryx, springbok, ostrich, giraffes...even a caracal..! And I've never heard of dik-diks before then, but they are immensely cute!!!