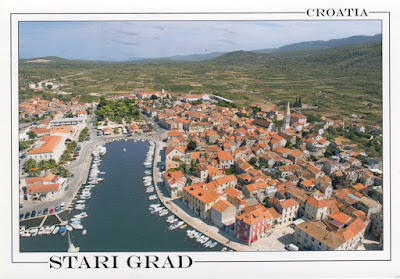 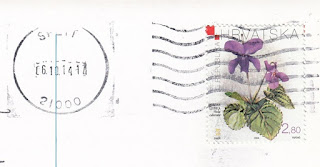 The ever-elusive Croatian WHS site...Though at least this view is attainable, which offers a partial view of the plain in the back. That said, I had to travel to Hvar myself to get this for my collection - and it was October already, the number of tourists significantly dwindled and in proportion shops were closing down for the season and the choice of postcards was lacking. There was only one souvenir shop that had these postcards and there were only 6 left! So in all, I should count my blessings :D (I believe these days the new Croatian WHS of Stećci Medieval Tombstone Graveyards will be even tougher to find on postcards).

Stari Grad Plain on the Adriatic island of Hvar is a cultural landscape that has remained practically intact since it was first colonized by Ionian Greeks from Paros in the 4th century BC. The original agricultural activity of this fertile plain, mainly centring on grapes and olives, has been maintained since Greek times to the present. The site is also a natural reserve.