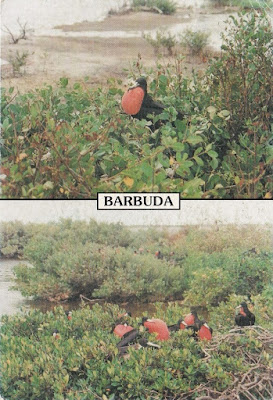 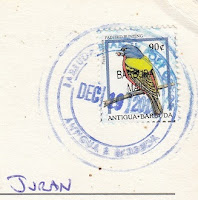 The magnificent frigatebird is a large, lightly built seabird with brownish-black plumage, long narrow wings and a deeply forked tail. The male has a striking red gular sac which it inflates to attract a mate. The female is slightly larger than the male and has a white breast and belly. Frigatebirds feed on fish taken in flight from the ocean's surface (often flying fish), and sometimes indulge in kleptoparasitism, harassing other birds to force them to regurgitate their food.
The magnificent frigatebird is widespread in the tropical Atlantic, breeding colonially in trees in Florida, the Caribbean and also along the Pacific coast of the Americas from Mexico to Ecuador, including the Galápagos Islands. It has occurred as a vagrant as far from its normal range as the Isle of Man, Denmark, Spain, England, and British Columbia.