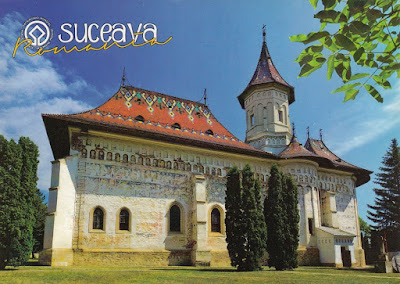 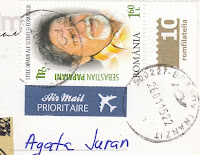 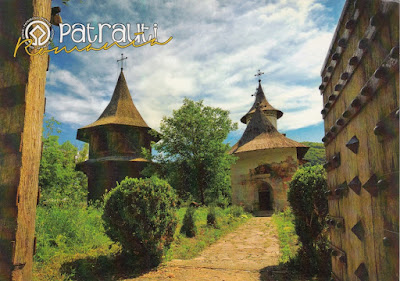 Moldavia, or Țara Moldovei (in Romanian Latin alphabet), Цара Мѡлдовєй (in old Romanian Cyrillic alphabet)) is a historical region and former principality in Eastern Europe, corresponding to the territory between the Eastern Carpathians and the Dniester River. An initially independent and later autonomous state, it existed from the 14th century to 1859, when it united with Wallachia (Țara Românească) as the basis of the modern Romanian state.

There are eight Romanian Orthodox Churches located in Suceava County, northern Moldavia, that have been listed by UNESCO as a World Heritage Site since 1993. These churches, built from the late 15th century to the late 16th century, their external walls covered in fresco paintings, are masterpieces inspired by Byzantine art.

The ones depicted here are Saint John the New Monastery (Romanian: Mănăstirea Sfântul Ioan cel Nou) in Suceava, and the Church of the Elevation of the Holy Cross (Romanian: Biserica Înălțarea Sfintei Cruci) in Pătrăuți Commune. This was a great double swap with Viktor, mulţumesc!
Posted by agi at 11:29