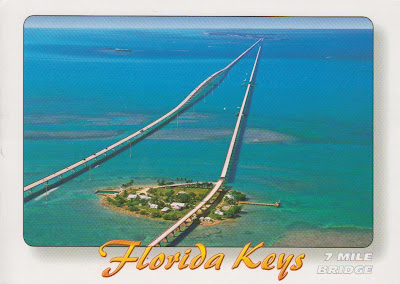 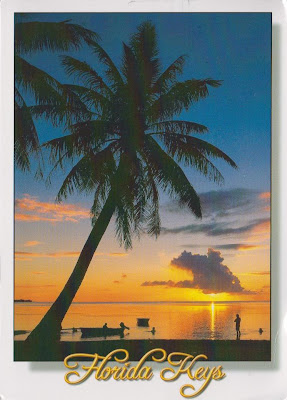 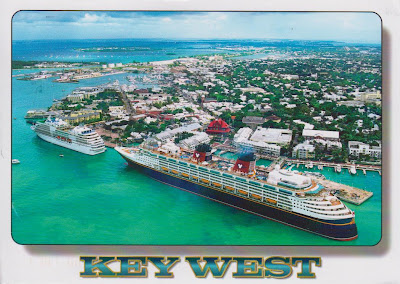 Key West is the southernmost city in the Continental United States. It is situated some 200km southwest of Miami, and 170km north of Cuba. Its best-known as a seaport destination for passenger cruise ships, and is also a starting point for visiting the nearby Florida Keys, a coral archipelago.
You can see the Seven Mile Bridge, one of the longest when it was built. It connects Knight's Key to Little Duck Key in the Lower Keys and is almost 11km long.

My friend Ash ( a frequent 'visitor' of my blog) was stationed there for a short period in July. As always he was so thoughtful to send cards to show the places he's been to :))