Over the years I have collected many donkey postcards, but it is always a special event when I get one via the official postcrossing site because of the surprise factor :) Here are some of my favourites: 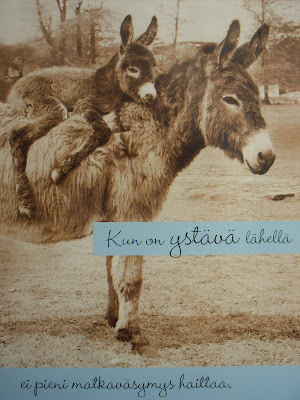 FI-466713. The Finnish have been generous with donkeys :) This one was sent by *tsittus* I think I don't have to explain why I love this card!!! 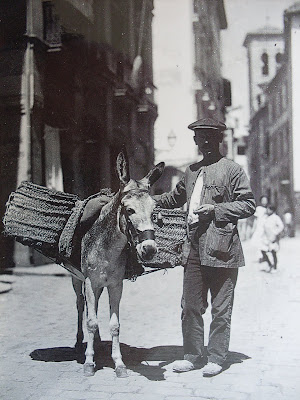 FI-472222. Sent by *Madmango* on 7th of February, 2000. Travelled for 12 days. I love the postcards with people and animals where you can see a certain connection between them. Esp the ones of the more traditional atmosphere...! 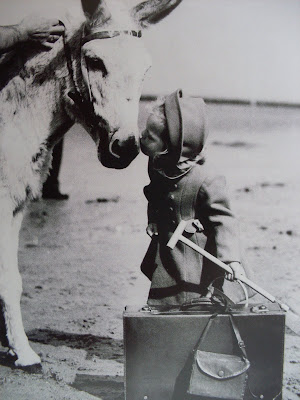 FI-486574. Sent by *akkipakki* on the 24th of February, 2009. Its only now that I realise all these were sent in the same month, amazing! This postcard is really, utterly and totally cute :) 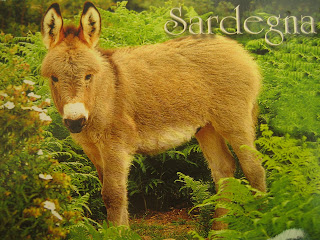 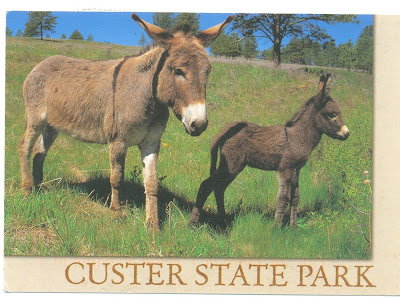 US-723286. After a considerable period of non-donkyness I was super-surprised with this american little family :) Sent by *zaksmom* on the 12th of June, 2010.