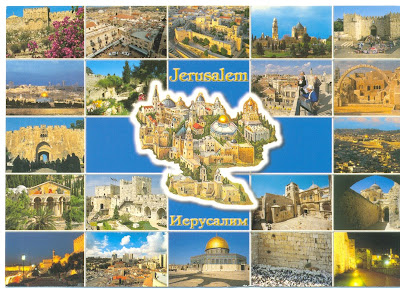 I don't think we reached the decision to go to Israel before staying in Jordan. It was just so close, so tempting...And because of the visa regulations it was possible to go from Jordan, but not from Syria or Lebanon, so a loop wasn't doable. It was an enjoyable week..!
What to say about Jerusalem...so much is said and written about it, but seeing it is in a league on its own. It is another place that I would LOVE to see again :)
Sent on 25th of November, 2008 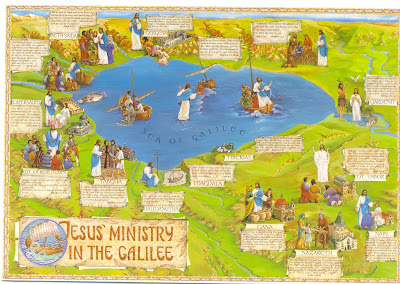 From Jeruzalem we travelled to Tel Aviv, and up to Haifa to spend a night and visit Nazareth & The Sea of Galilee on a day-trip. Regardless of my current religion status it is mesmerising to look upon the lake and imagine the Bible stories taking place there :) Sea of Galilee & its Ancient Sites is on the Unesco WHS's tentative list, but also are The Galilee Journeys of Jesus & the Apostles. 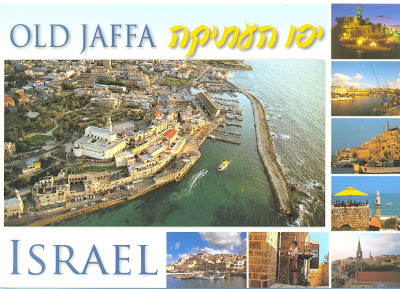 Old Jaffa is gorgeous! Such a contrast fom the busy and urban Tel Aviv, and very picturesque. I made a wish on the Wishing Bridge touching my zodiac sign and facing the sea, but for the life of me I can't remember what it was..! Many many cool cats sunbathing on the coastal strip from Jaffa to Tel Aviv :D 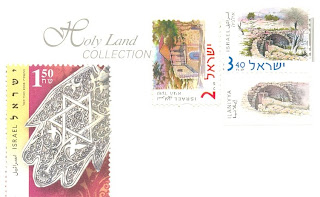 And yay, in Tel Aviv I found a shop with stamps, old postcards and such. I have bought a few items but had to give up on the rest while biting my elbow...uff.
Posted by agi at 13:58