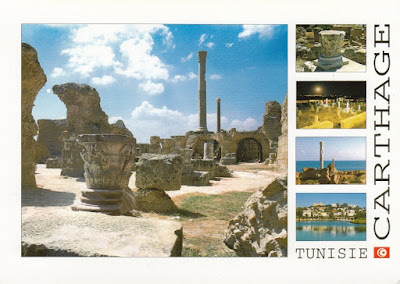 Carthage was founded by Phoenicians in the 9th century BC on the Gulf of Tunis. From the 6th century onwards, it developed into a great trading empire covering much of the Mediterranean and was home to a brilliant civilization. The ancient city was destroyed by the Roman Republic in the Third Punic War in 146 BC then re-developed as Roman Carthage, which became the major city of the Roman Empire in Africa.
Great to have this card in the collection, thanks to Hadhemi :)