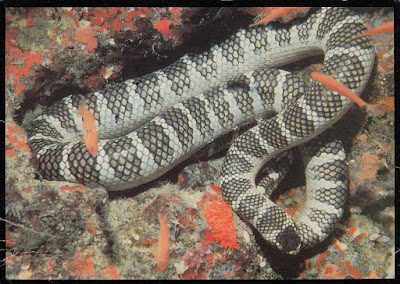 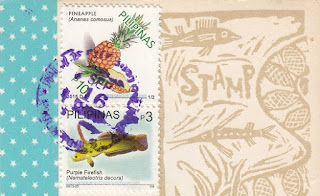 Also called Garman's sea snake or Lake snake (Hydrophis semperi), its a rare species of venomous sea snake found only in a single lake - Lake Taal - on the island of Luzon in the Philippines. It is noted for being one of two known species of sea snake (and the only one in its family) that is known to be found almost-exclusively in freshwater (the other one is Crocker's sea snake native to the Solomon Islands). Locally it is known as duhol.
At first you wonder where the head is! When I swapped for this card I still had no idea how unique this snake is. Many thanks to Isabel!