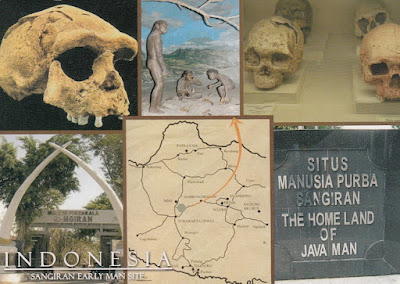 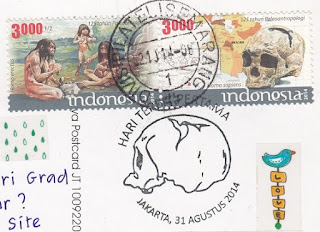 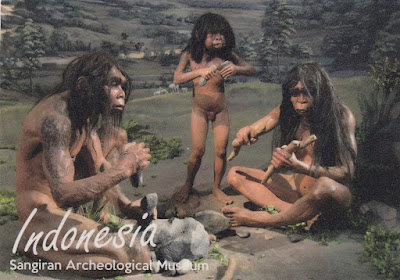 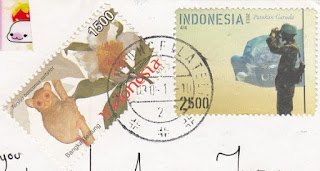 Sangiran Early Man Site is situated about 15 kilometers in the north of Solo town in Central Java, Indonesia, covering an area of 5,600 hectares. It became famous after the discovery of Homo erectus remains and associated stone artifacts (well-known as Sangiran flake industry) in the 1930s. There is a very significant geological sequence from the upper Pliocene until the end of Middle Pleistocene by depicting the human, faunal, and cultural evolutions within the last 2.4 million years.
Thanks goes to Shinta, who even included matching stamps and cancellation, and to Dionisus, great additions guys :)
Posted by agi at 12:43