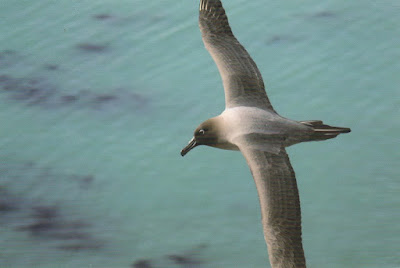 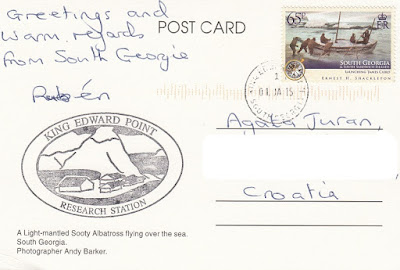 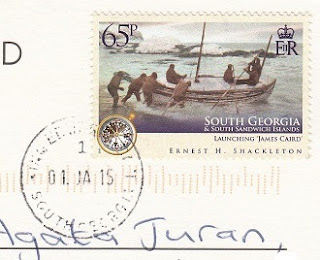 Thanks to Ruben who arranged this card for me, the beautiful albatros (apparently flying over South Georgia Islands heh :)) Sent from King Edward Point research station, de facto the capital of the islands. Last reported estimated population was 30.

South Georgia and the South Sandwich Islands (SGSSI) is a British overseas territory in the southern Atlantic Ocean. It is a remote and inhospitable collection of islands, consisting of South Georgia and a chain of smaller islands known as the South Sandwich Islands. South Georgia is 165 km long and 1 to 35 km wide, and is by far the largest island in the territory. The South Sandwich Islands lie about 700 km southeast of South Georgia.
There is no native population on the islands; the present inhabitants are the British Government Officer, Deputy Postmaster, scientists, and support staff from the British Antarctic Survey who maintain scientific bases at Bird Island and at the capital, King Edward Point, as well as museum staff at nearby Grytviken.
Postmaster you say..?! I have been reading about the postmistress vacancy on Antarctica, now this sounds interesting too :)

The light-mantled sooty albatross is a small albatross in the genus Phoebetria; it breeds on several subantarctic islands,  has a loud shrill voice that is trumpet-like, and feeds mostly on  of squid and krill.