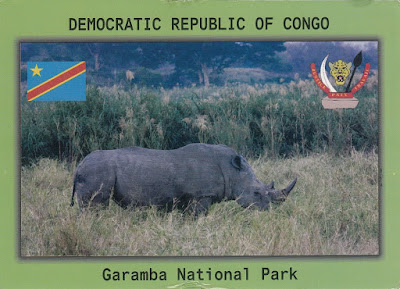 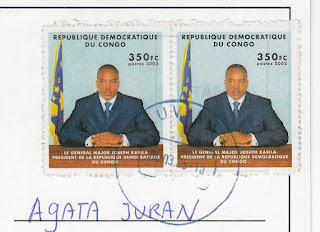 Garamba National Park is located in the north-eastern part of the Democratic Republic of the Congo (DRC) in the transition zone between the dense tropical forests of the Congo Basin and the Guinea-Sudano savannas. It contains the last worldwide population of the northern white rhinoceros, endemic sub-species of Congolese giraffe and a mixed population of elephants, combining forest elephants, bush elephants and individuals demonstrating morphological characteristics common to the two elephant sub-species. It is also characterized by an exceptionally high level of biomass of great herbivores as a result of the vegetation productivity of the environment.
Huge thanks to Mike, for the new country, unesco card and endangered species, all in one :)