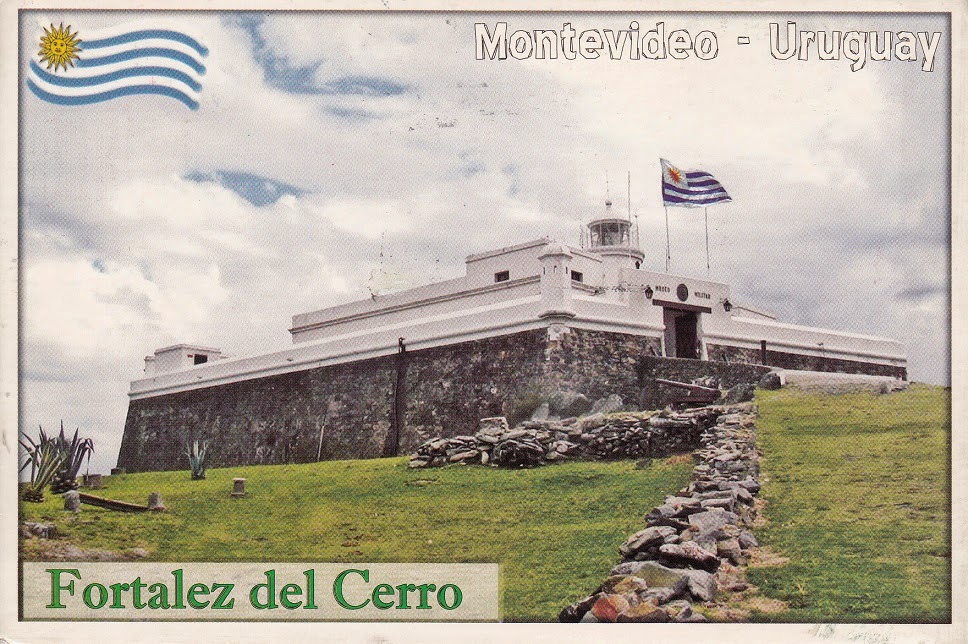 Also known as Fortaleza General Artigas, it is a fortress situated in Montevideo overlooking its bay.  It was completed in 1839 and was the last Spanish fort built in Uruguay - its been housing a military museum since 1916 and has become a National Monument in 1931.
My second card from Uruguay, this time with Year of the Horse stamps, gracias Veronica :)
Posted by agi at 21:49