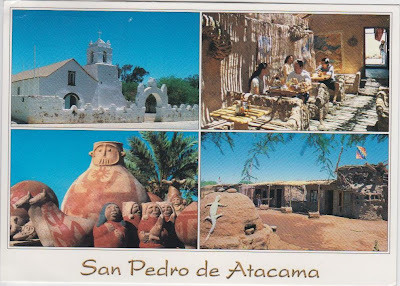 San Pedro de Atacama is a small ﻿ town at the edge of 'the driest desert in the world'. It is the major tourist hub for visiting Salar de Atacama, Valle de la Luna  and other surrounding sights.
The first people to inhabit the Atacama area arrived at the place by the year 10,000 B.C., at a time when the area had large lakes and mighty rivers on account of the end of the glacial era. The Atacama culture reaches its classical phase during the first seven centuries of the Christian era. The Hispanic urban pattern and architecture, combining the Spanish contribution and native techniques, have also survived. All this and much more is why the place is on the Unesco WHS tentative list. 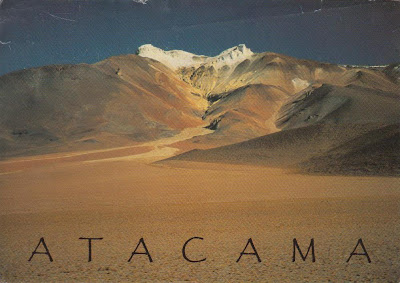 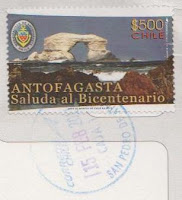 We walked into the desert as far as we could in one day, which didnt bring us to the most famous spots but i am still thrilled to have done it :))) Valle de la Luna is one of those places where EVERYONE goes and does the same thing. Sometimes its worth it. I wonder about this one. But how to predict?

A nice set of Antofagasta stamps, a port city just west of ﻿San Pedro on the Pacific coast. The cards took a while to arrive, i remember being worried about them...All's well that ends well :)))
Posted by agi at 19:30